Important Collection of Glass to go under the hammer at Duke 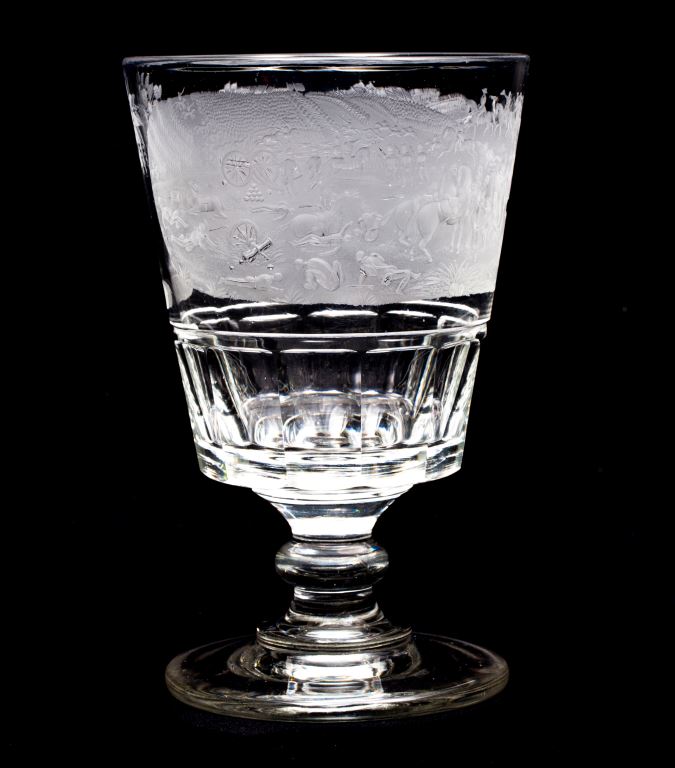 Duke’s auction on 23rd February will include an important collection of 18th and early 19th century engraved glass, put together by James Buxton.

James Buxton began his collection in 1967, in his gap year prior to reading economics and law at Cambridge. Since then he has been steadily adding to the collection through purchases from private collectors, salerooms, and dealers. The collection is strictly confined to commemorative engraved glass, as opposed to engraved glass that is purely decorative.
The subject matter of the engraving on the glasses includes politics, trade, commerce, Royalty, racing, distinguished buildings, sport and military history.
Highlights of the collection include a large glass rummer, engraved to commemorate the Peace of Paris. The bowl is engraved and polished with an oval cartouche depicting a seated figure of Britannia with a recumbent lion, and a union flag, accompanied by two men waving to a man of war on the horizon, beneath and angel, a dove of peace and the inscription ‘Peace 1814’. This rare survival is estimated to fetch up to £4,000.
A highly important pair of Davenport patent glass rummers, formerly in the collection of Joyce Mountain, dating from between 1806 and 1810, could sell for up to £6,000. One is finely decorated with a huntsman and his hound, whilst the other is decorated with a fisherman beside a river.
A spectacular glass rummer engraved with Sunderland Bridge, datable to c.1814, carries a presale estimate of £2,000-£4,000, whilst a glass jug commemorating the death of Nelson at the Battle of Trafalgar on October 21st 1805 is estimated at £500 - £1,000 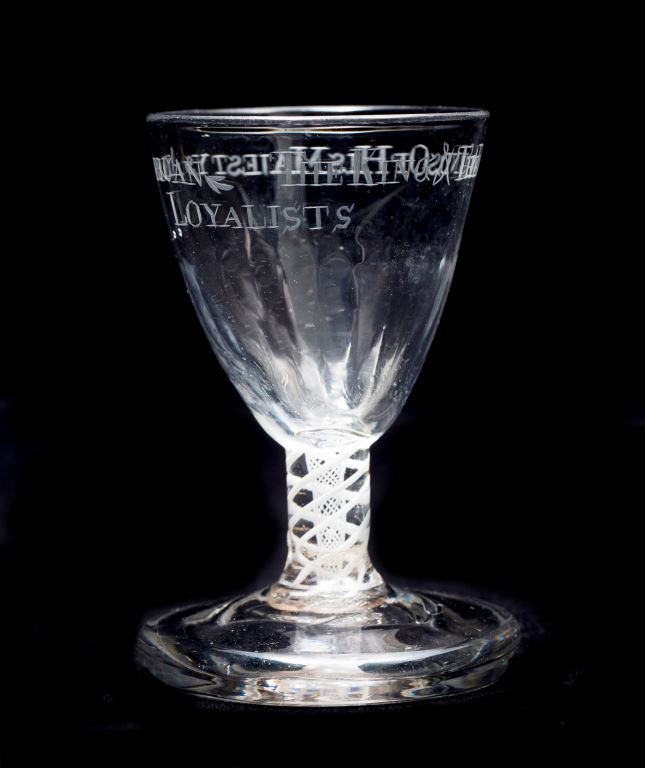 One of the rarest and most speculative glasses in the auction, relates to the struggle for independence in American in the 1770’s. The glass in question is a Loyalist firing glass, engraved with a toast ‘The King and the Friends of His Majesty’s American Loyalists’. Such glasses were made with thick circular feet so that they could be banged on a table after the presentation of a toast. The form of this particular glass is most unusual in that the short stem incorporates a double opaque twist. It is possible it was made by an as yet unidentified American glass house in the 1770’s, but equally the glass could have been made in England for export to the colonies.
Guy Schwinge of Duke’s commented, ‘The Buxton collection probably represents the finest collection of its type to come to the market in recent years, and it provides an excellent opportunity for collectors and investors to admire glasses of outstanding quality.’