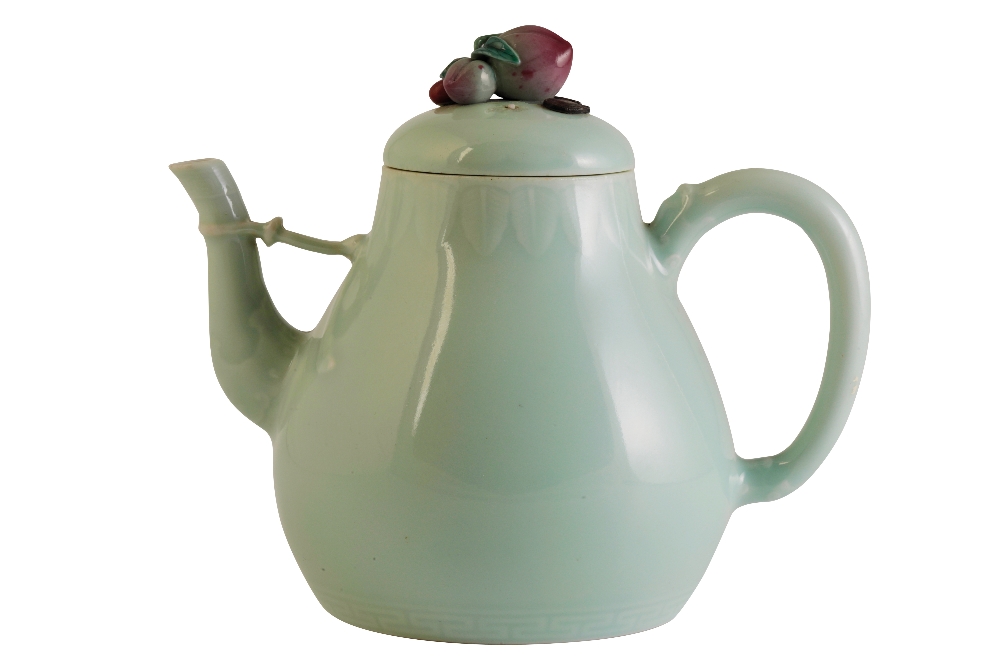 An exceptional Chinese teapot has been sold at auction in Dorset for £1million.

The tiny pot, with damage to the lid, measures just 13cm (5 in) high.
The exquisite celadon teapot, which was almost certainly made for the Emperor Qianlong, was identified by Lee Young of leading West Country auctioneers Duke’s on a routine valuation in Dorset.

Lee, who is Head of Asian Art at Duke’s commented:

“As the owner handed me the wine pot for an opinion my heart missed a beat. As I turned it over and saw the beautifully drawn blue seal mark of Qianlong I realised immediately that I was handling a piece made for the Emperor himself”.

The teapot measures just 13cm high. It has a pear-shaped body covered in an exceptionally delicate pale green celadon glaze and the spout is “tied” to the body with a beautifully modelled tassel. The lid has a finial modelled as a peach and pops painted in naturalistic enamel colours. This combination of techniques and the outstanding quality of the potting marks this piece out as an Imperial masterpiece. It can be compared to similar wares from the Forbidden City and the Summer Palace in Beijing. 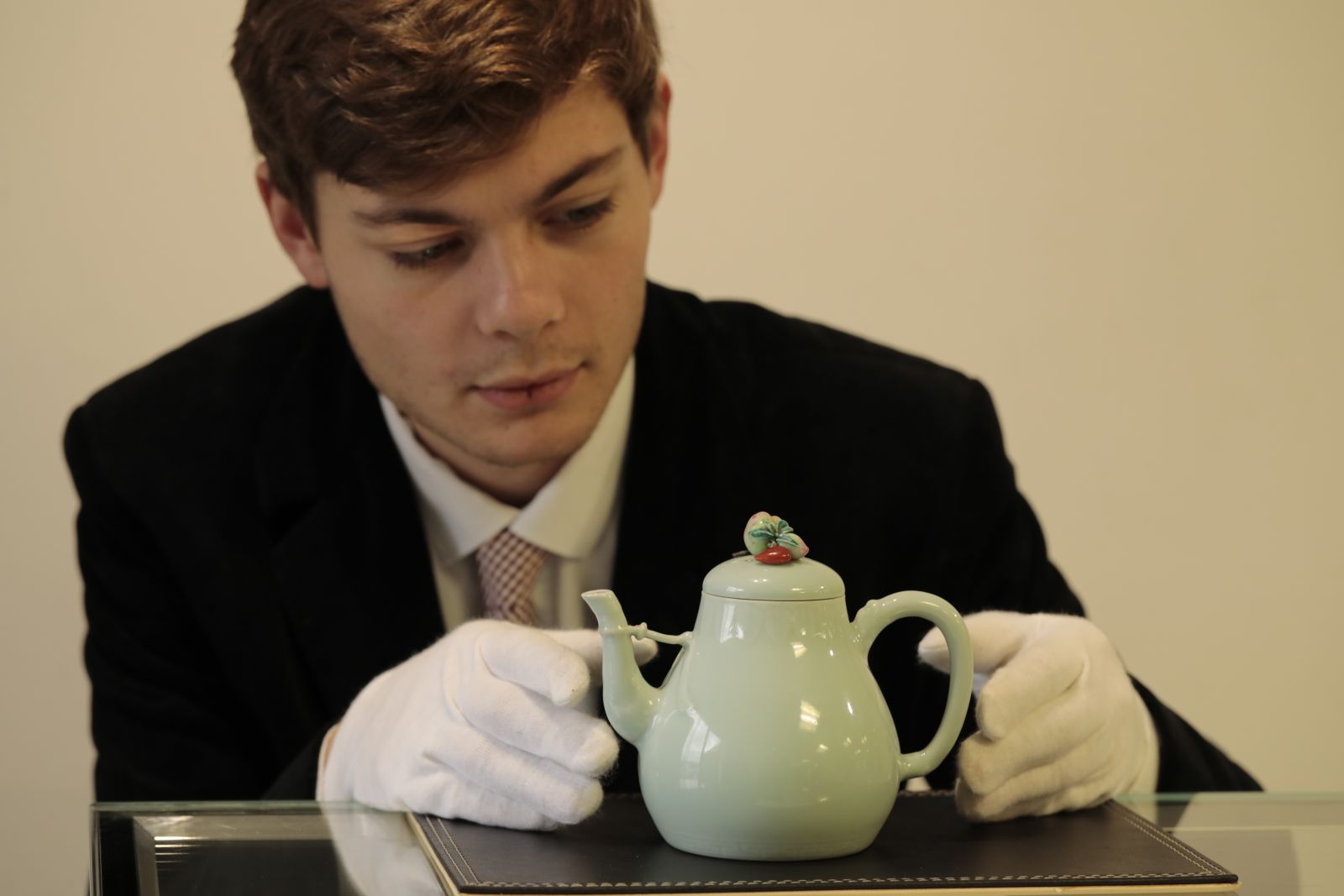 Duke’s, who have a reputation for making exciting discoveries, began to realise the teapot was likely to smash records when they staged an Exhibition in central London to coincide with Asian Art Week. Hundreds of collectors and dealers from China, Hong Kong, Japan, Taiwan and Europe descended on Duke’s Exhibition Space close to the Ritz Hotel in the West End.
The battle for the teapot between no less than ten telephone bidders took ten minutes with the price jumping in £20,000 increments. At one stage the price jumped by £100,000 as a buyer tried to frighten off other bidders.  The gavel finally fell at a staggering £800,000, which is then subject to fees bringing the total price to over £1 million. The Saleroom was packed and the crowd broke into spontaneous applause when the auctioneer’s hammer (gavel) fell.

The price represents a world record for Duke’s. The sale total was in excess of £3million making it the best one-day auction ever held by the auction house. Guy Schwinge, a partner at Duke’s, commented:
“Lee has an exceptional eye for quality and this result underlines his knack for making discoveries and delivering exceptional results for our clients”.