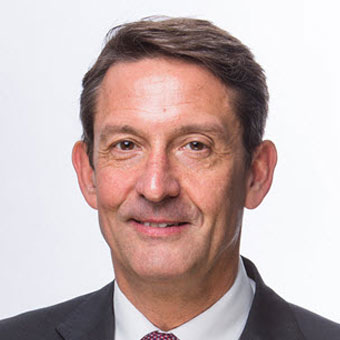 Guy joined Duke’s in 1983 and took his first auction at the age of 19. He qualified as a Chartered Surveyor specialising in Art and Antiques early on and became a partner in the firm at the age of 27.

Guy’s discoveries over the years have been well-documented in the national press, including two tiny paintings by the Renaissance Master, Fra Angelico (1395-1455). Guy spotted these behind the bedroom door of a house in Oxford and they went on to set a record at Duke’s selling for almost £2 million. The discovery made front page news in this country and around the world.

As well as advising on sales at auction, Guy has negotiated the sale of important works of art on behalf of clients to Museums in the United Kingdom and the USA. He has been involved with complex negotiations involving Heritage and Estate Planning issues, including the “Acceptance in Lieu” sale to the Ashmolean Museum, Oxford, of pre-Raphaelite masterpieces by Burne Jones (1833-1898) and Rossetti (1828-1882).

His interest in Asian Art developed after he masterminded the Melplash Court auction on the premises (a record £3.5 million total) and he went on to advise on the sale of a group of jades billed as “Treasures from the Summer Palace”. The highlight of this auction was an exquisitely carved white jade cup standing just 4” high, which sold to a buyer from Hong Kong for £530,000.

Guy travels widely to advise clients on valuations and auction sales throughout the UK and Europe. He lives in the wilds of West Dorset with his wife and four children.