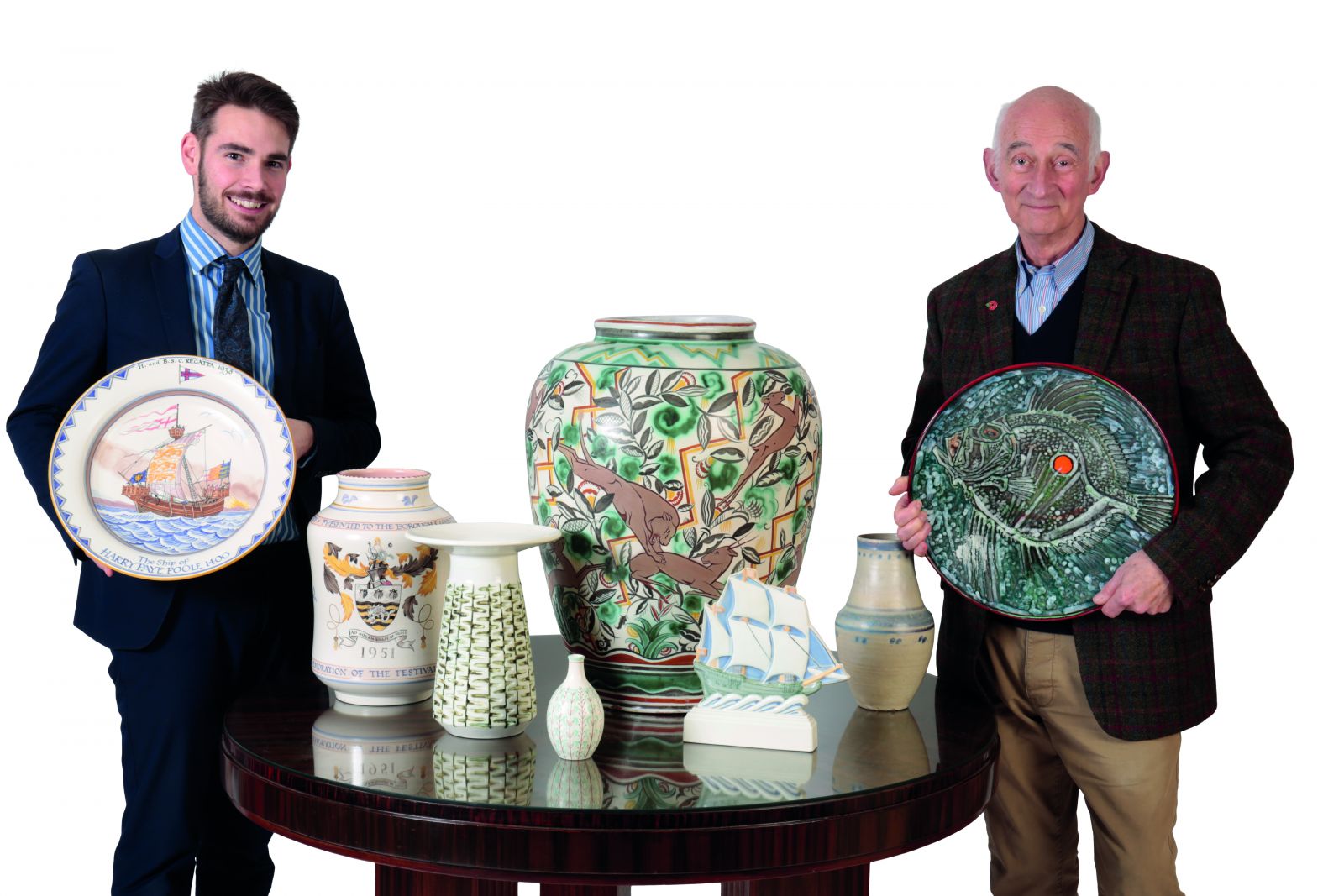 Duke’s of Dorchester are delighted to have handled a scarce and important collection of Poole Pottery offered in their popular Art and Design post 1850 auction on 21st March. The collection which features in excess of 40 pieces, spans over a century of Poole production dating from the very start of the early 20th century to its later final years at its East Quayside premises just after the millennium.

The highlight of this important collection is an impressive Carter, Stabler and Adams vase, standing just over 62cm high and decorated in the highly sort after Bush-Velt pattern, originally designed by John Adams. The vase is painted by the celebrated paintress Ann Hatchard, whom started her career in 1918, whose career expanded across almost four decades at the factory. Max Beaumont, Head of Department and curator the auction, comments “The sheer scale and size of this one-off, exhibition quality piece has to be seen. This is the first time such a vase was offered at auction and in fact seen on the open market. It caused a flurry of interest from collectors around the globe when it was offered in the auction, eventually selling for an astounding £9,750, believed to be a record for Poole. The collection catered to all budgets with pieces starting from just a few hundred pounds, and offered a wonderful and rare moment to acquire a piece of local history.”

Editor of Leslie Hayward’s Poole Pottery book and expert on BBC’s Antiques Roadshow, Paul Atterbury, described the collection in his own words “The group of Poole wares included in this sale, which range in date from about 1915 to the end of the 20th century, underline this in a very striking way and represent all the major periods of Poole production, along with many of the major designers and artists associated with the pottery through that period.  It is, for that reason, a particularly exciting group”. He also describes the monumental Bush-Velt vase as “remarkable”.