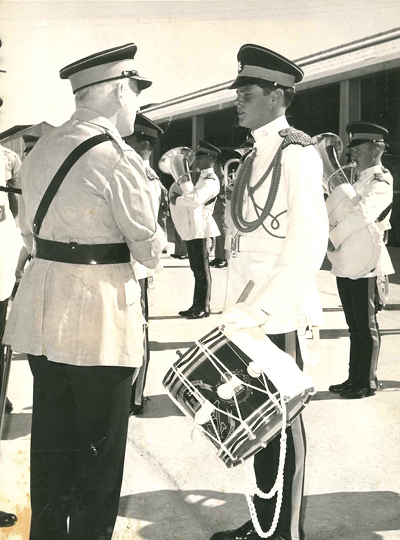 Duke's are excited to announce we will be offering a private collection of the Late Lance Corporal Dennis Jones within our Militaria auction on the 14th May. The auction and viewing will be held at the Tank Museum, Bovington, where Jones joined the Junior Leaders in 1963.  He subsequently joined the Band of the 5th Royal Inniskilling Dragoon Guards and went on to serve in Aden, Benghazi, Cyprus, Malta, Ethiopia and the UK and then retired in Germany.  His collection has been stored at his home in St Barthelemy, France which played a pivotal role in the Battle of Mortain in July 1944.   The land was a battlefield between the Americans and the Germans with the British Typhoons giving aerial support, repelling the German tanks heading towards Avranches.

The collection will include a variety of helmets, uniforms, bayonets, headdress’, a military Land Rover, a B31 Motorbike and ‘The Green Goddess’ a military fire engine.

Contact the Head of Sale Julian Smith for a free and confidential valuation or for more information.