Property From The Library Of A Dorset Gentleman

The Book Auction on the 17th June includes around 50 books from the library of a remarkable local collector of English and, most particularly, Dorset literature who sought out important association copies and first editions whilst forming his collection over the last 30 years (lots 1-49).

Having begun his education at the same tiny village school in Bockhampton which Thomas Hardy had attended, a passion for Hardy’s writing developed early for the local bibliophile. His interest was inflamed by several family connections with the Hardys, at one stage his father chauffeured Thomas Hardy’s sister Kate, and there are family stories of tea parties at Max Gate. All of this began an interest in not only collecting the books he loved to read but seeking out copies with associations and connections to the author.

The collector’s father was a local agricultural engineer who drove past TE Lawrence’s cottage Clouds Hill near Moreton every day. He often called in, and, knowing a great deal about engines, even helped Lawrence with his infamous motorbike. The personal relationship extended our collector’s interests and he began to put together an excellent selection of TE Lawrence material. Soon, what had begun as a Hardy and Dorset centred collection, began to spread to encompass other favourite authors from Jane Austen and Charlotte Brontë to Ian Fleming and Tolkien. He sought out good first editions, always with an eye to finding truly interesting copies with as close an association with the author as possible. Presentation copies, interesting inscriptions, autograph letters and evidence of connected ownership were always prioritised in the formation of the collection. 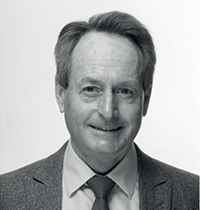